27 Jesus and his disciples went on to the villages around Caesarea Philippi. On the way he asked them, “Who do people say I am?”

28 They replied, “Some say John the Baptist; others say Elijah; and still others, one of the prophets.”

Peter answered, “You are the Messiah.”

Peter seemed to be the first that crossed over to declaring Jesus’ identity on Earth in bodily form. What was the catalyst to that conversion? What was the straw that broke the camel’s back so to speak?

As each of us experience life, we have different thoughts flowing through our minds. Even siblings view life differently even though they experience the same events within a family.

Now Peter was part of the Top Three within Jesus’ circle of disciples – James and John being the other two. Perhaps Peter asked more probing questions along their walks from village to village.

We don’t know the other disciples’ reaction to Peter’s admission but it was probably one of surprise. By teaching, they all knew the significance of the Messiah living among them. As far as “big deals” go, this was the life-changing, long-awaited-Messiah deal. All along, Jesus had been telling them this, but it was Peter who blurted it out.

This also got them thinking harder about the man they spent a lot of time with. In that Peter was very influential. He merely stated the obvious and let the truth rest. He, like he learned from The Master Himself, was planting seeds among his compatriots. He was unknowingly taking them on his journey to the next step of revelation.

That’s what leaders and influencers do. 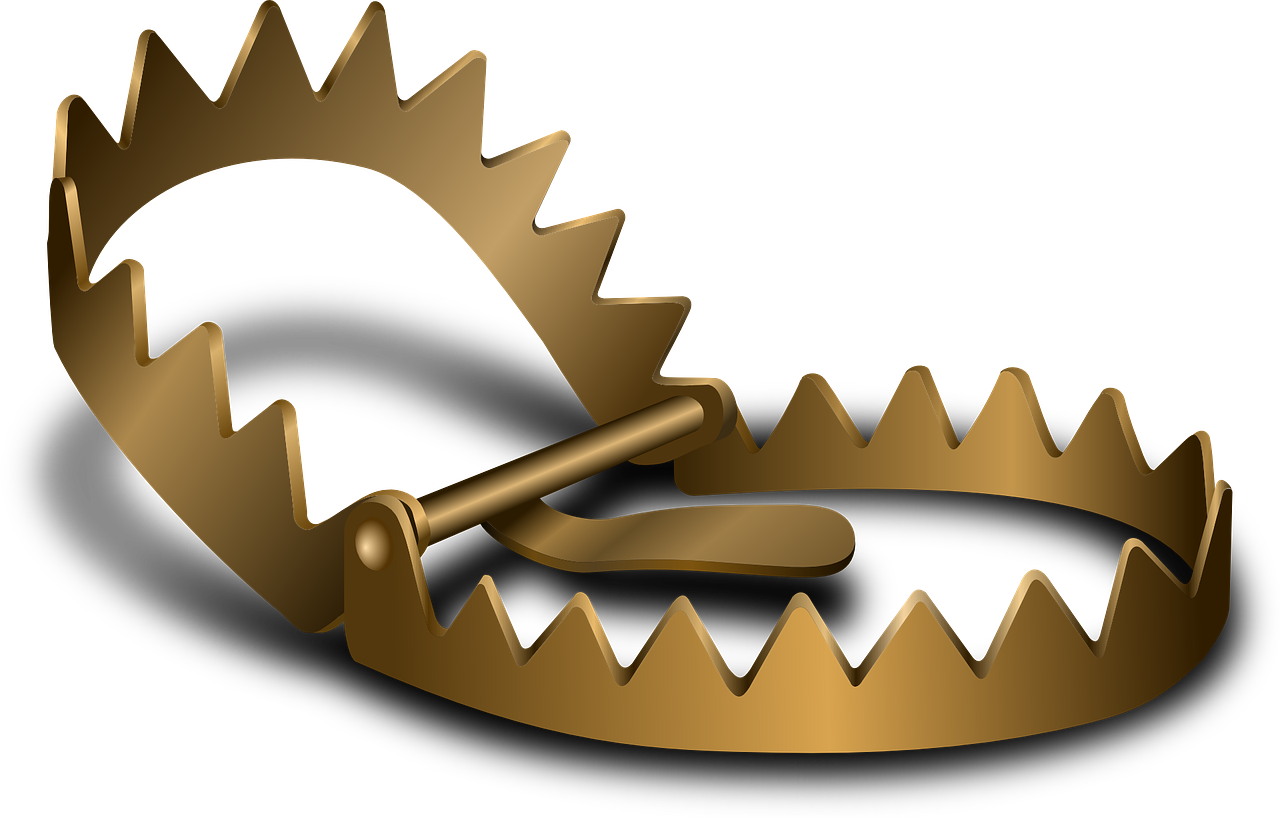 11 The Pharisees came and began to question Jesus. To test him, they asked him for a sign from heaven. 12 He sighed deeply and said, “Why does this generation ask for a sign? Truly I tell you, no sign will be given to it.” 13 Then he left them, got back into the boat and crossed to the other side. Mark 8:11-13

The Pharisees and other leaders were always testing Jesus but never really wanting to know the truth. They were testing Him to try to trap Him. You’d think a few of them would get the hint that this Jesus wasn’t playing their games and that He was on to their ways. These leaders were only embarrassing themselves with their traps (but providing content for people 2000 years later).

You will always have detractors in this world, people who tear you down and never try to build you up. Some will even try to intimidate you about your faith.

As believers, it’s important for us to remain focused and not get caught up in word games or semantics about the Gospel. Stick to the cross and Christ crucified, and you should be fine because those are what separates Christianity from every other religion. Address the know-it-alls politely but don’t take their bait of trying to argue with you, especially if you sense they are trolling your or arguing you just for the sake of intellectual argument. People want to trap you as they did Jesus. He was clever enough to push back. We are not that clever. We could hold our own, but we’re nowhere close to being divine-level clever. 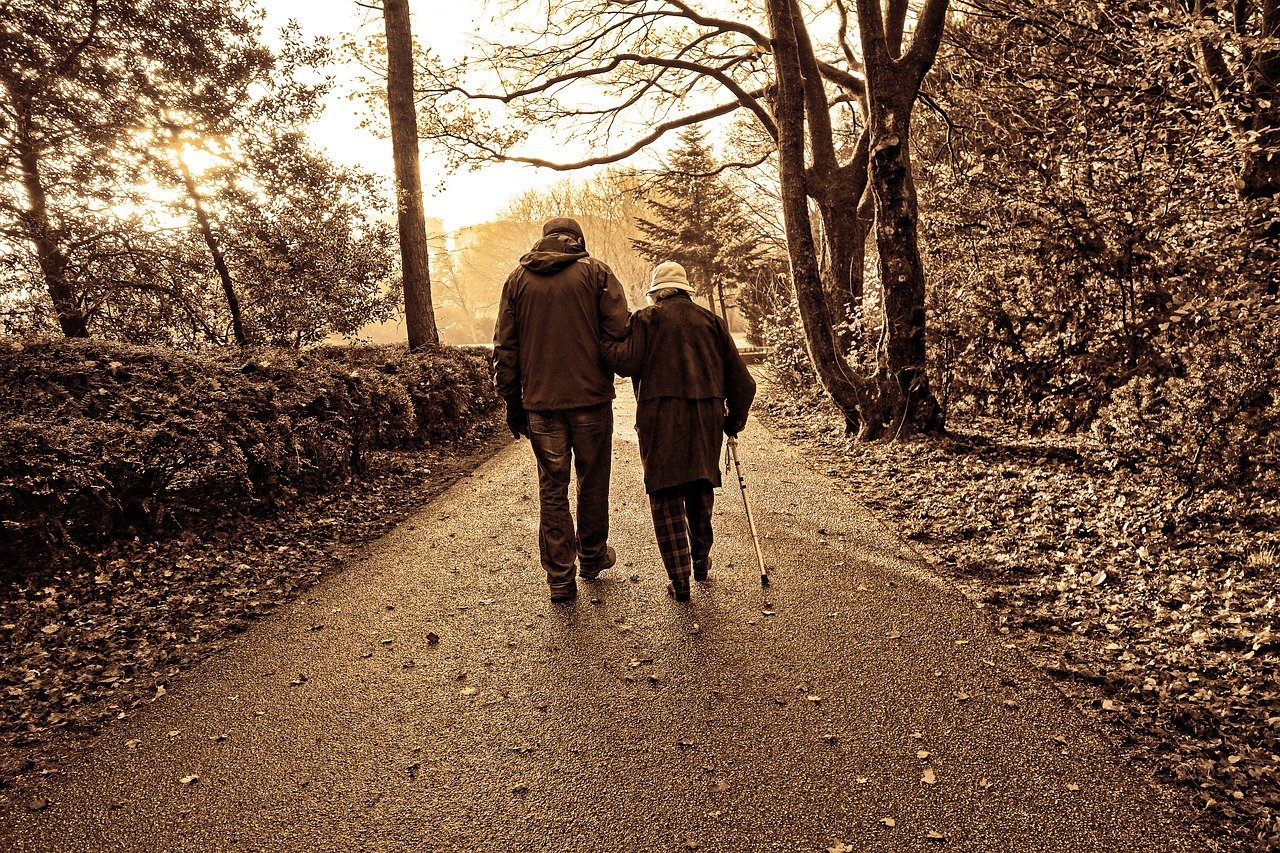 22 They came to Bethsaida, and some people brought a blind man and begged Jesus to touch him. 23 He took the blind man by the hand and led him outside the village. When he had spit on the man’s eyes and put his hands on him, Jesus asked, “Do you see anything?”

24 He looked up and said, “I see people; they look like trees walking around.”

25 Once more Jesus put his hands on the man’s eyes. Then his eyes were opened, his sight was restored, and he saw everything clearly. 26 Jesus sent him home, saying, “Don’t even go into the village.” Mark 8:22-26

Many have wondered why it took Jesus two times to heal a man. In the context of this healing, however, it makes perfect sense.

The man partially saw the first time He laid hands on him. Recall the last few days we discussed the disciples starting to see what was happening before their very eyes. They were awakening to who Jesus was. As of this healing, they weren’t quite there but little things were beginning to dawn on them. With enough time and exposure to the Son of God, they would see the light very clearly.

That’s why some people are ready to accept Christ on the third time but others have to hear and process it 42 or 89 times. Unfortunately we’ll never know if we’re number 1, 41, or 88 on that long list. Equally unfortunate is the man or woman who doesn’t realize that they time on Earth could pass on telling number 52.

Ours, of course, isn’t to count the number of tellings but to plant the seeds generously. 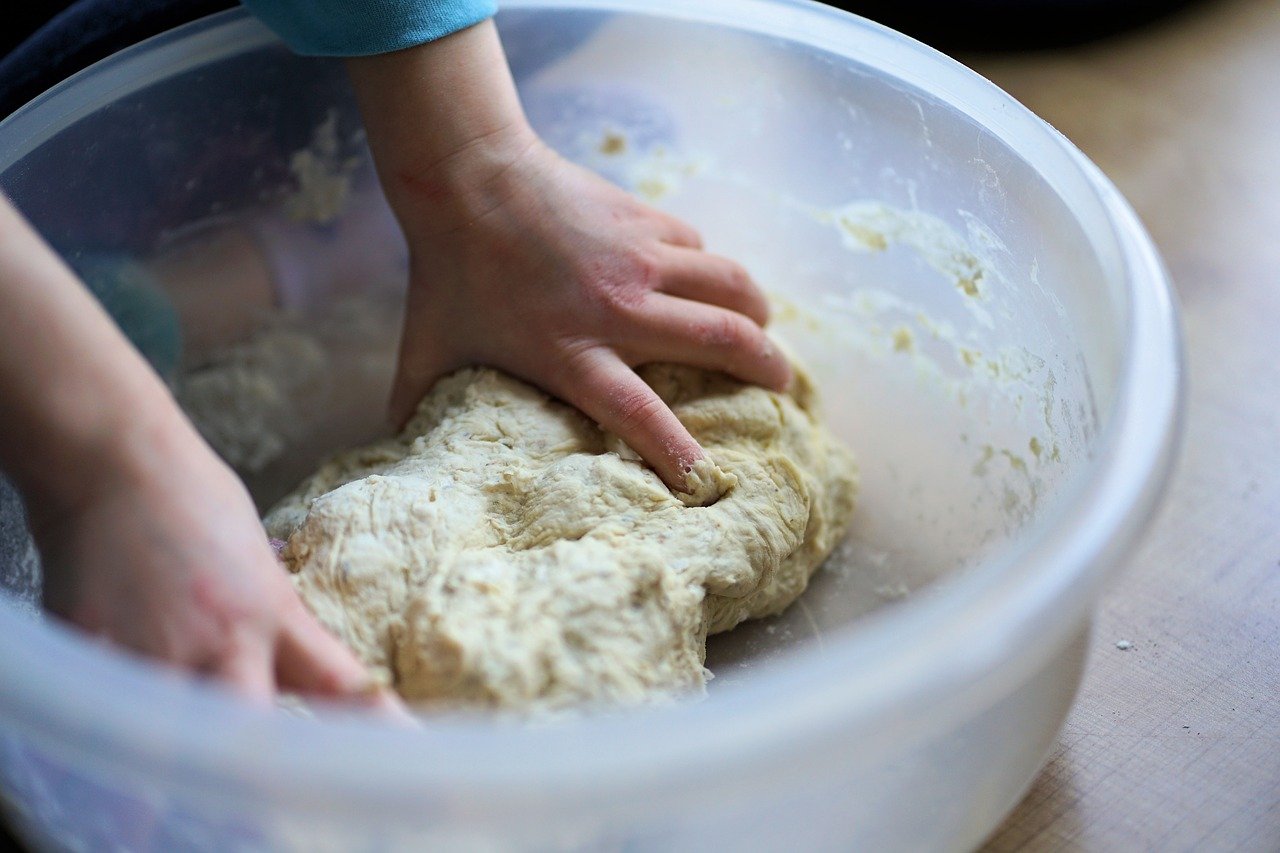 14 The disciples had forgotten to bring bread, except for one loaf they had with them in the boat. 15 “Be careful,” Jesus warned them. “Watch out for the yeast of the Pharisees and that of Herod.”

16 They discussed this with one another and said, “It is because we have no bread.”

17 Aware of their discussion, Jesus asked them: “Why are you talking about having no bread? Do you still not see or understand? Are your hearts hardened? 18 Do you have eyes but fail to see, and ears but fail to hear? And don’t you remember? 19 When I broke the five loaves for the five thousand, how many basketfuls of pieces did you pick up?”

20 “And when I broke the seven loaves for the four thousand, how many basketfuls of pieces did you pick up?”

The Bread of Life was teaching them about bread and yeast, but we all know it wasn’t about food. It was more about the subtleties of evil and evil philosophies and how it weaves its way into life.

Jesus returned to the subject of faith for it too can permeate the fabrics of life.

While it doesn’t look like it, they were being discipled. Yes, they were slow to learn and catch on, but with enough time and discussion, it was beginning to click for them.

Faith. Yeast. Bread. Miracles. It was all leading to something wonderful (and dreadful). They were beginning to understand the faith that would lead them through the toughest of times.

After reading passages like this, I’m still amazed that Jesus chose these men to be His torchbearers after His death. He was risking a lot, but He was also building these truths into them. Day by day, moment by moment, they were learning and absorbing.

Similarly, I’m still amazed that He uses someone like me. We all know our faults and frailties, and yet God still chooses to use us!

Continue Reading The Faith That Keeps on Giving 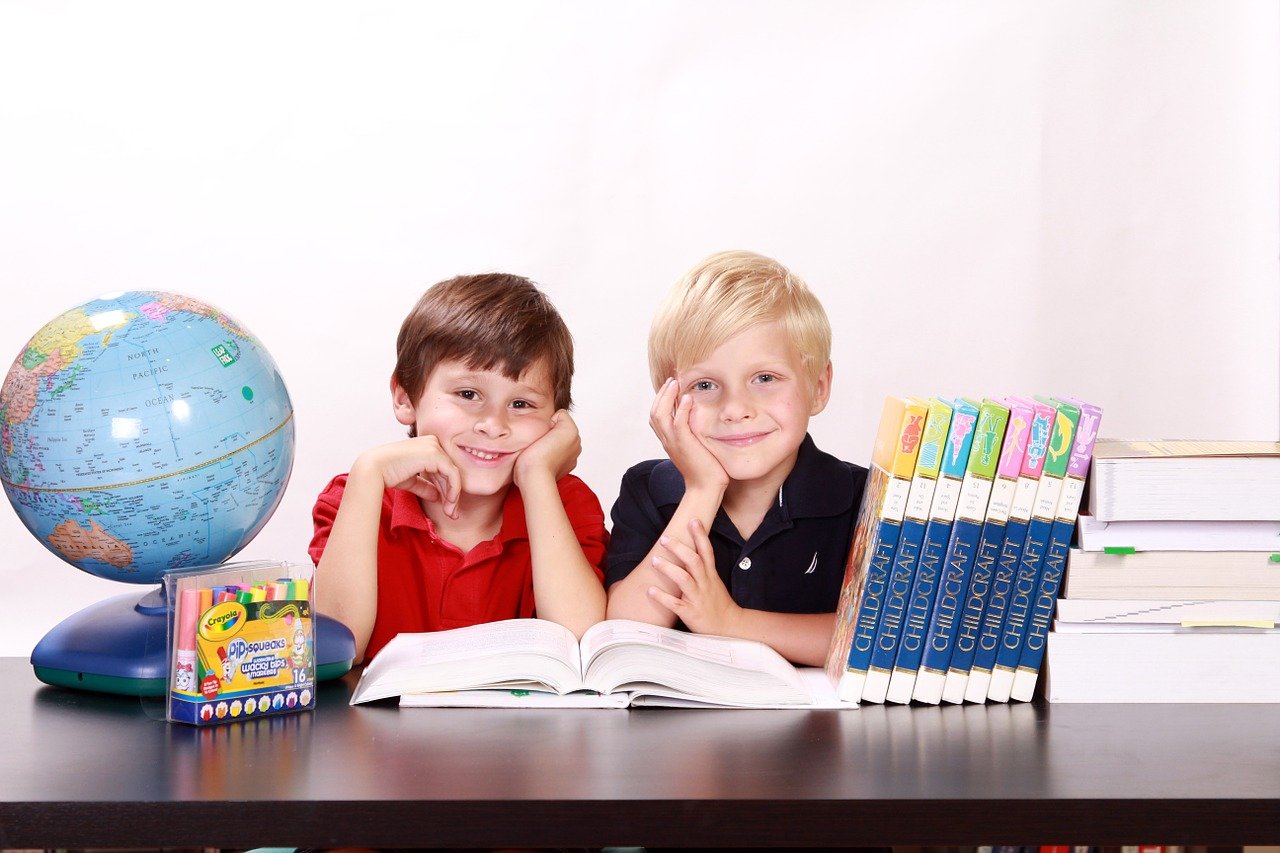 4 His disciples answered, “But where in this remote place can anyone get enough bread to feed them?”

5 “How many loaves do you have?” Jesus asked.

6 He told the crowd to sit down on the ground. When he had taken the seven loaves and given thanks, he broke them and gave them to his disciples to distribute to the people, and they did so. 7 They had a few small fish as well; he gave thanks for them also and told the disciples to distribute them. 8 The people ate and were satisfied. Afterward the disciples picked up seven basketfuls of broken pieces that were left over. 9 About four thousand were present. After he had sent them away, 10 he got into the boat with his disciples and went to the region of Dalmanutha. Mark 8:4-10

We’ve read the story countless times. We wonder why the disciples didn’t think to do what Jesus did. They were still in “follower” mode. With the Son of God guiding things, they were still not taking the initiative on anything meaningful.

That’s what disciples are supposed to do. Little by little He’ll turn over the reins to them as He did when He sent them out in twos shortly before this passage.

They’re sure to make mistakes, but they alone were an incredibly elite group of Believers. Elite in that He entrusted the Good News to them. Others would spread it, but they were eventually tasked with taking charge and making it all happen.

They obviously had no idea what any of that meant at this point in history. It was still one day at a time. Jesus of course was several steps ahead. While He didn’t know the precise day He would be taken, He knew what to look for as well as the pitfalls.

This was great training ground for His disciples. They got to see him “in action” and they could participate.

We too are in training.

When I went through Survival Training in a mock POW camp, our main task was to resist giving any information at all to our “captors”. If we were failing miserably at that task, our instructors would “break character”, hand us a card that said something like, “Eh, try a little harder next time,” and then he would resume the same character. We were essentially going back to the beginning of that training so we could resist giving out any information at all.

I sometimes feel like that here. We learn something, fail miserably, and have to learn it all over again. We all go through these phases. And even as we pass away, we haven’t achieved perfection. My wife often wonders if there’s some kind of “finishing school” when we first get to heaven.

But we labor day by day with the goal of heaven and Jesus at the center of heaven. Press on. Fight the fight. After you fail, brush off quickly and get back in the fight.