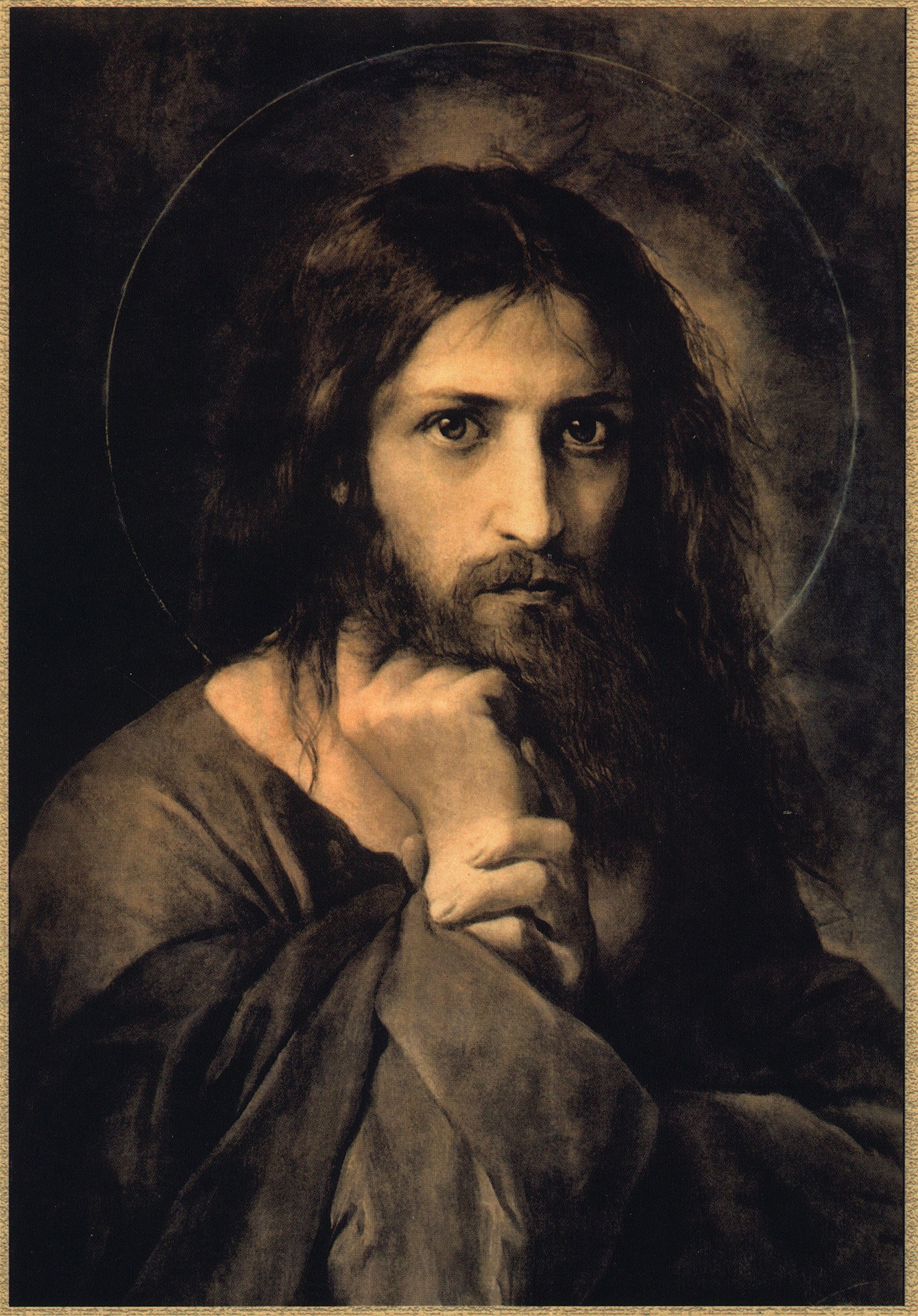 6 Now it was the custom at the festival to release a prisoner whom the people requested. 7 A man called Barabbas was in prison with the insurrectionists who had committed murder in the uprising. 8 The crowd came up and asked Pilate to do for them what he usually did.

9 “Do you want me to release to you the king of the Jews?” asked Pilate, 10 knowing it was out of self-interest that the chief priests had handed Jesus over to him. 11 But the chief priests stirred up the crowd to have Pilate release Barabbas instead.

12 “What shall I do, then, with the one you call the king of the Jews?” Pilate asked them.

14 “Why? What crime has he committed?” asked Pilate.

But they shouted all the louder, “Crucify him!”

15 Wanting to satisfy the crowd, Pilate released Barabbas to them. Mark 15:6-15

Pilate released a murderer into the crowd. He must have thought it was his lucky day. We have no idea what happened to Barabbas in the end. We do know what happened to the Man who took his place.

Thanks to the Jewish leaders, they helped rile up the crowd. They did that everywhere they want. These leaders were dividers and not uniters. They understood all too well mob mentality and used it effectively.

On the face of it, it wasn’t fair. A condemned murderer was now free but the one who literally did no wrong ever was condemned to die. That is about as unfair as it will ever be.

But they chose Barabbas, and it is our gain at His expense, the very definition of Grace.

Continue ReadingIf They Had Chosen Barabbas… 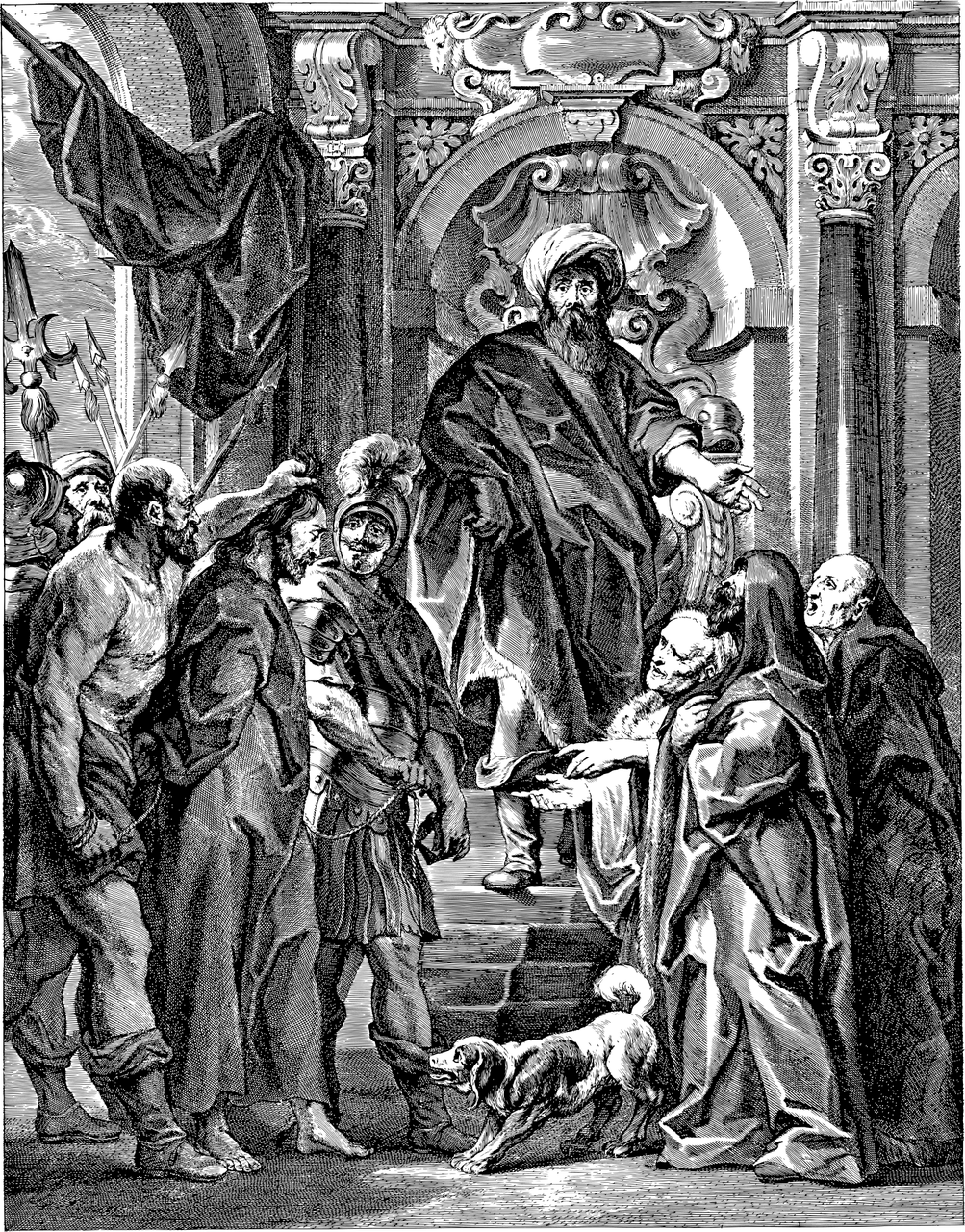 Very early in the morning, the chief priests, with the elders, the teachers of the law and the whole Sanhedrin, made their plans. So they bound Jesus, led him away and handed him over to Pilate.

2 “Are you the king of the Jews?” asked Pilate.

“You have said so,” Jesus replied.

3 The chief priests accused him of many things. 4 So again Pilate asked him, “Aren’t you going to answer? See how many things they are accusing you of.”

Picture this scene in your mind: Jesus, bloodied from just being ridiculed, beaten, and humiliated is before a local ruler surrounded by His accusers off to the side. His head is hung low until Pilate speaks to Him. Even as the Jewish leads continue to hurl insults He says nothing. However, He lifts up His head and stares into Pilate’s eyes. His stare remains throughout His silence. He doesn’t need to say anything because His eyes have spoken volumes to this leader. Pilate knows He’s innocent. He wants to find a loophole. The Jewish leaders want Him dead for some reason but Pilate knows Jesus is innocent.

Pilate had the Son of God standing in front of Him and the pesky Jesus leaders all around him. He still needed to keep the peace with them so he was about ready to toss the decision back into their court. It was an easy decision because it’s the type he’s made his entire life. Pilate’s not a bold man and his decision will never be bold and against the status quo.

Most of us do not need to make these kinds of life or death choices. Our choices are common and mundane, and sometimes even important.

In the upcoming verses, we’ll see Pilate’s ultimate decision, the decision that none of his superiors would ever question: compromise. 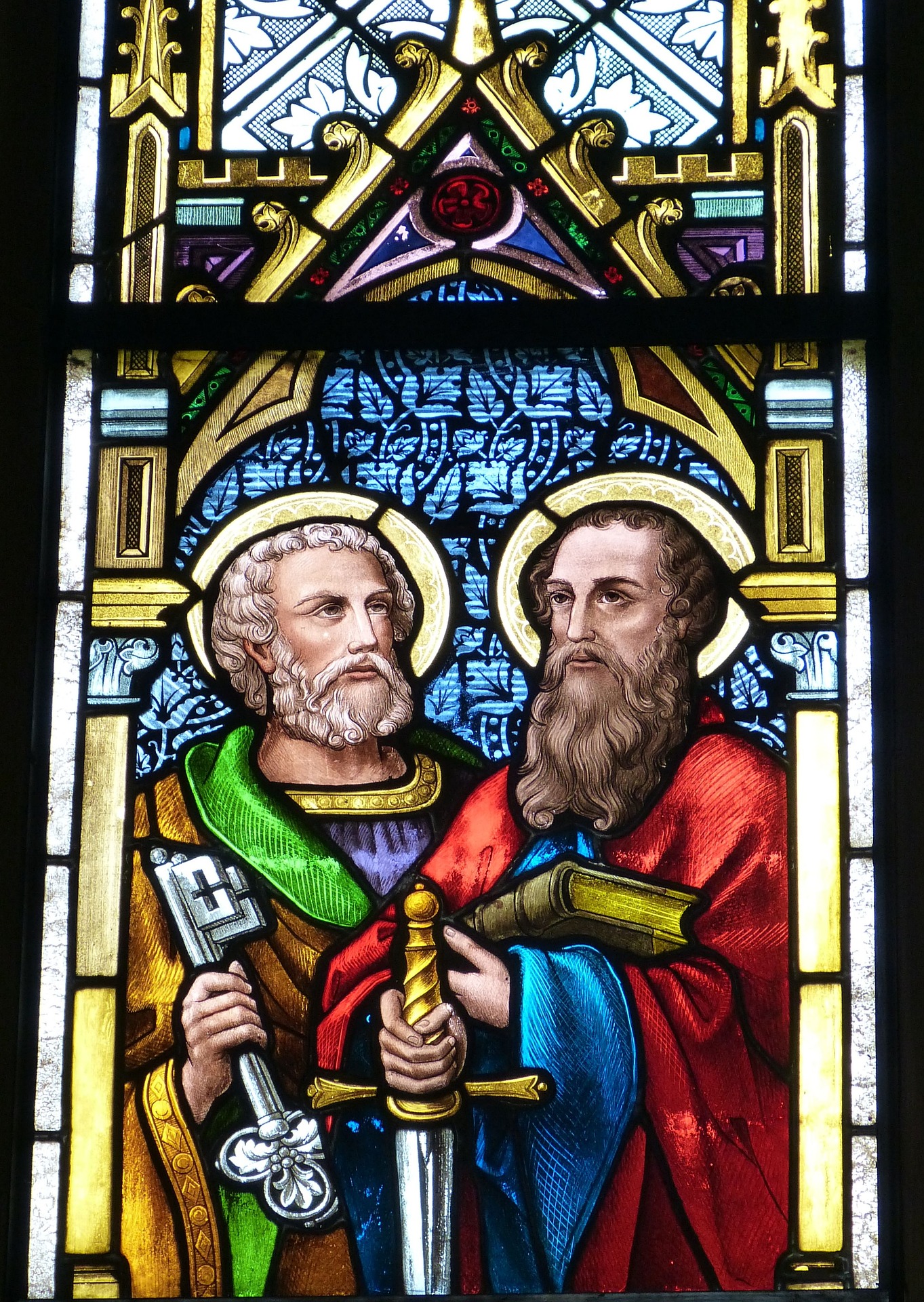 66 While Peter was below in the courtyard, one of the servant girls of the high priest came by. 67 When she saw Peter warming himself, she looked closely at him.

“You also were with that Nazarene, Jesus,” she said.

68 But he denied it. “I don’t know or understand what you’re talking about,” he said, and went out into the entryway.

69 When the servant girl saw him there, she said again to those standing around, “This fellow is one of them.” 70 Again he denied it.

After a little while, those standing near said to Peter, “Surely you are one of them, for you are a Galilean.”

71 He began to call down curses, and he swore to them, “I don’t know this man you’re talking about.””

72 Immediately the rooster crowed the second time. Then Peter remembered the word Jesus had spoken to him: “Before the rooster crows twice you will disown me three times.” And he broke down and wept. Mark 13:66-73

We want so much for the story to be different. We want Peter to boldly proclaim the Savior to any and all listeners, not after Jesus ascended to heaven but now, while Jesus is being ridiculed.

But we know the story all too well. We know that despite his positive Pollyanna attitude he would deny Jesus three times just as Jesus said he would. Terrified and confused, Peter denied Christ.

That’s also a story we know too well personally, for who among us has not denied Christ with our silence or our sinful actions? I daresay we all have.

Just as the Savior forgave Peter after He rose from the dead, so too Jesus forgives us for our denials and attitudes and actions.

I find more and more that we need the Savior every day, for without Him, we really are a mess.

Continue ReadingPeter Was a Mess But He’s Not Alone

57 Then some stood up and gave this false testimony against him: 58 “We heard him say, ‘I will destroy this temple made with human hands and in three days will build another, not made with hands.'” 59 Yet even then their testimony did not agree.

60 Then the high priest stood up before them and asked Jesus, “Are you not going to answer? What is this testimony that these men are bringing against you?” 61 But Jesus remained silent and gave no answer.

Again the high priest asked him, “Are you the Messiah, the Son of the Blessed One?”

62 “I am,” said Jesus. “And you will see the Son of Man sitting at the right hand of the Mighty One and coming on the clouds of heaven.”

63 The high priest tore his clothes. “Why do we need any more witnesses?” he asked. 64 “You have heard the blasphemy. What do you think?”

They all condemned him as worthy of death. 65 Then some began to spit at him; they blindfolded him, struck him with their fists, and said, “Prophesy!” And the guards took him and beat him. Mark 13:57-65

The problem with lies is that when other lies contradict, the lies fall apart.

As part of the humiliation, people mocked, abused, and mistreated Jesus.

It was all based on lies, and they knew it.

At this point, if you didn’t know the rest of the story, you’d think that the man would fade away into oblivion, nobody caring about Him, a man to die on His own. But He had to go through this. He was beaten and bruised, seemingly going down in defeat. There was no one around Him except for maybe Peter, but even He was scared to death.

He did nothing wrong.

The process of dying had begun, but He still had a few people to speak with before then.

The legions of angels were probably on standby for the word to descend upon the earth.

“He was bruised for our transgressions; he was crushed for our iniquity.” Isaiah 53:5

Meditate on those words for a moment. It should be painful to read. Wince as you read them. We have yet to see the brunt of the torture, but for now we consider His grief and pain. 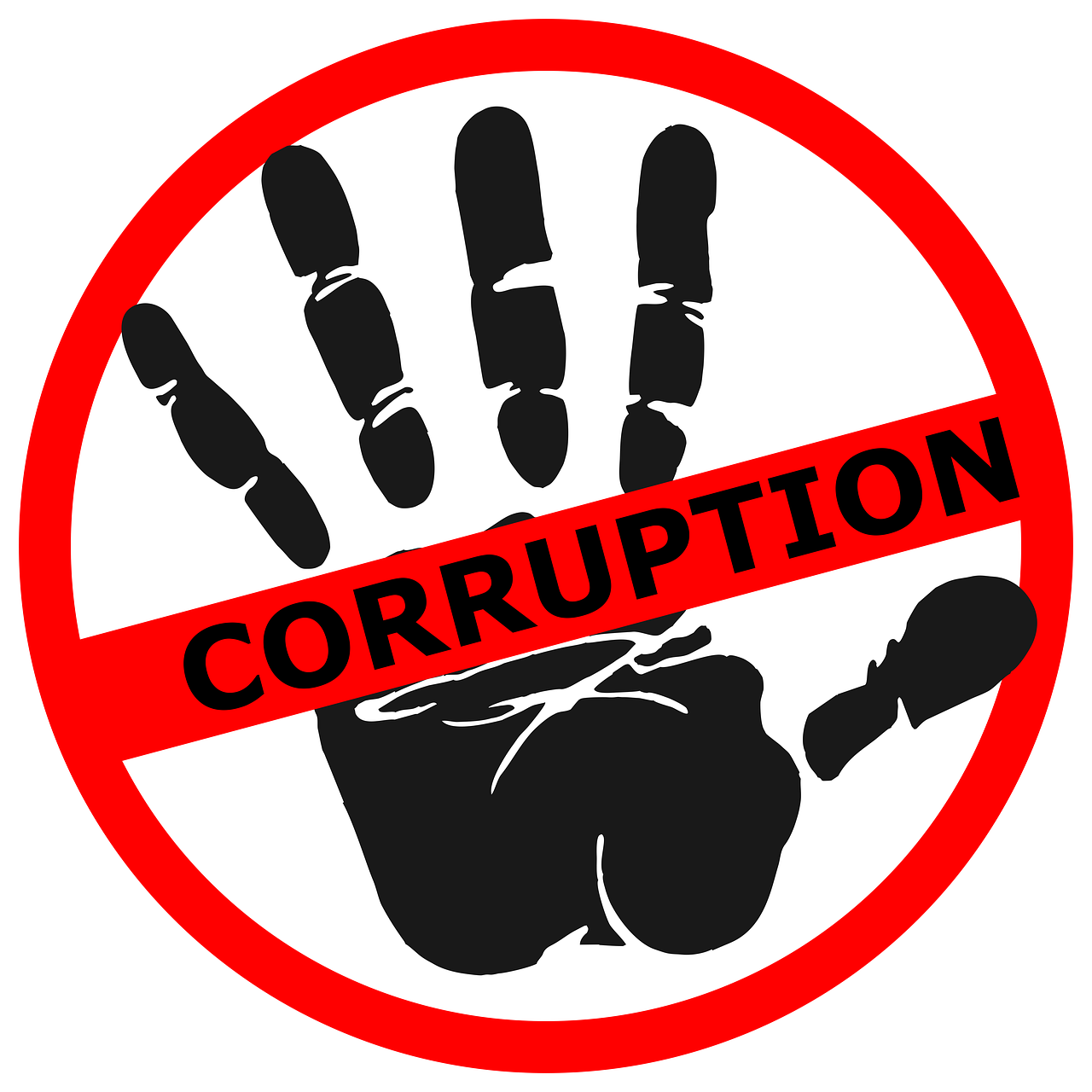 54 Peter followed him at a distance, right into the courtyard of the high priest. There he sat with the guards and warmed himself at the fire.

55 The chief priests and the whole Sanhedrin were looking for evidence against Jesus so that they could put him to death, but they did not find any. 56 Many testified falsely against him, but their statements did not agree. Mark 13:54-56

Were those who testified against Him paid for their performance? The text tells us that the leaders were still looking for evidence against Him. So they had Him arrested without a shred of evidence and then brought in those willing to lie about what they saw and heard. The corruption is great and obvious with these people and there doesn’t seem to be any limits to their thirst to retain power and remain in good standing with Rome.

The leaders seemed to be more political leaders than religious ones. Still, corruption is corruption no matter your title or position.

Corrupt leaders ruled before these men, and of course, they’re still out there. There’s a continuum of corruption, but it usually boils down to greed and power, though some are more obvious and blatant than others. If they think they can get away with bribery or kickbacks, they will. If no one’s in power to stop them, they’ll go even further and get bolder with their deception.

Our political leadership at the national and state level seem to be enjoying an increasing level of corruption unchecked.

Pray for your state and federal leaders. God is bigger than these people. He knows all about their corruption and deceit, and has never been shy about “deposing” rulers of every stripe and position just because they think they’re getting away with these crimes. Pray for them by name.