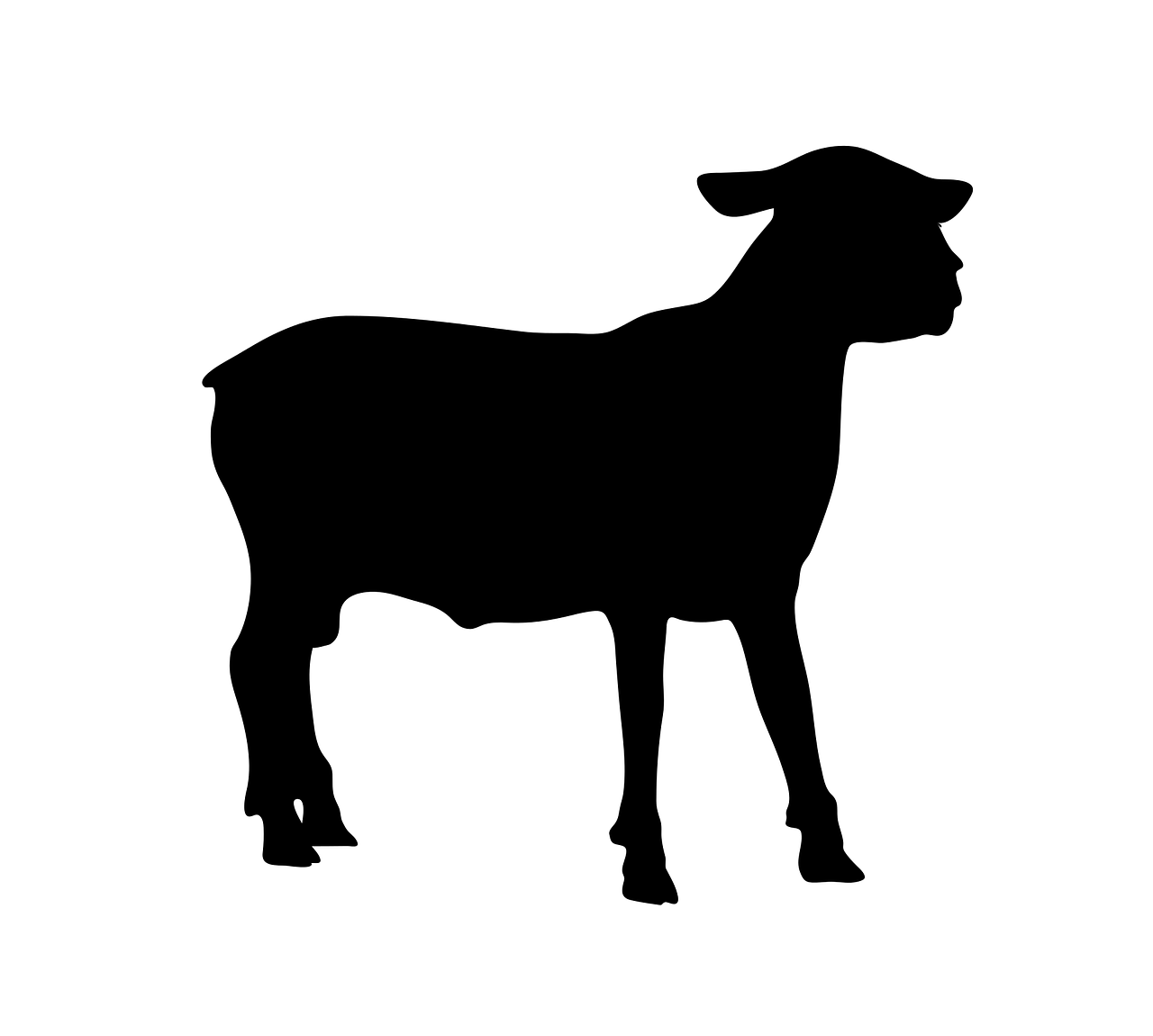 10 Hear the word of the Lord,
you rulers of Sodom;
listen to the instruction of our God,
you people of Gomorrah!
11 “The multitude of your sacrifices—
what are they to me?” says the Lord.
“I have more than enough of burnt offerings,
of rams and the fat of fattened animals;
I have no pleasure
in the blood of bulls and lambs and goats.
12 When you come to appear before me,
who has asked this of you,
this trampling of my courts?
13 Stop bringing meaningless offerings!
Your incense is detestable to me.
Isaiah 1:10-13

God instituted the sacrificial system as a type of Christ.

The Israelites perverted it to make it easy on themselves.

They did what modern day capitalists would do: turn the offerings into something to buy and sell, which stripped the sacrifices of their meaning. To quote King David in 2 Samuel 24:24: ut the king said to Araunah, “No, but I will certainly buy it from you for a price. I will not offer burnt offerings to the Lord my God which cost me nothing.””

The sacrifices were mere commodities for the people but the Lord wanted it to cost them something, hence the term ‘sacrifice.’

Of course we know God’s ultimate sacrifice was his Son Jesus Christ.

He provided the model for us so that we might sacrifice our all for Him. That’s a tall order to be sure but He helps us every step of the way.

We have a choice each day, and it is a choice: follow Him or not. That’s a strong statement but something we have to wrestle with regularly (in varying degrees). 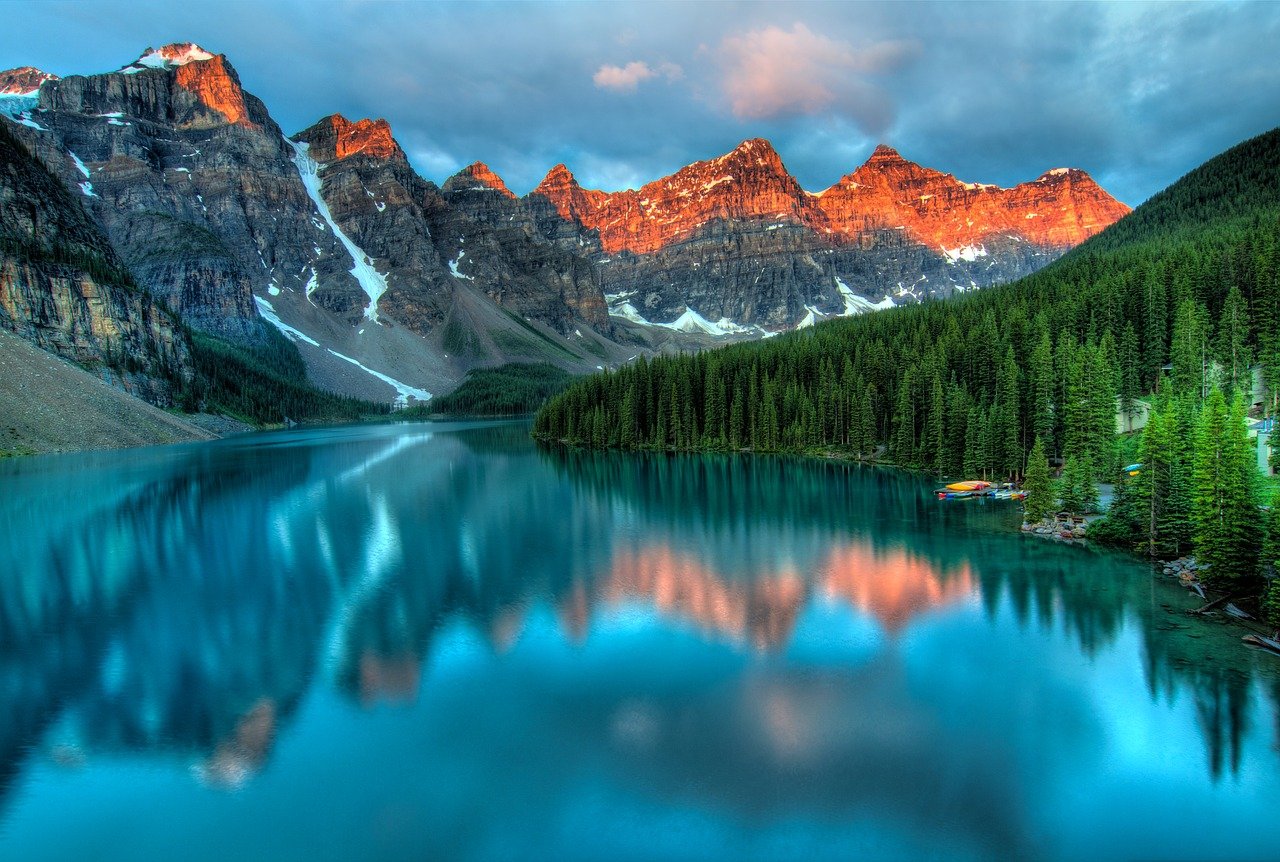 2 Hear me, you heavens! Listen, earth!
For the Lord has spoken:
“I reared children and brought them up,
but they have rebelled against me.
3 The ox knows its master,
the donkey its owner’s manger,
but Israel does not know,
my people do not understand.”

4 Woe to the sinful nation,
a people whose guilt is great,
a brood of evildoers,
children given to corruption!
They have forsaken the Lord;
they have spurned the Holy One of Israel
and turned their backs on him.

5 Why should you be beaten anymore?
Why do you persist in rebellion?
Your whole head is injured,
your whole heart afflicted.
6 From the sole of your foot to the top of your head
there is no soundness—
only wounds and welts
and open sores,
not cleansed or bandaged
or soothed with olive oil.

7 Your country is desolate,
your cities burned with fire;
your fields are being stripped by foreigners
right before you,
laid waste as when overthrown by strangers.
8 Daughter Zion is left
like a shelter in a vineyard,
like a hut in a cucumber field,
like a city under siege.
9 Unless the Lord Almighty
had left us some survivors,
we would have become like Sodom,
we would have been like Gomorrah. Isaiah 1:2-10

Israel’s relationship with the Lord was always full of mountain peaks and deep valleys. More often than not, they were in the valleys and seemed to wallow there, either not wanting to come out or not realizing how easy it was to ascend.

In this initial vision Isaiah had, we can start to see the valley Israel was in.

In fact, in verse 5-6, the Lord is telling Israel there’s a way out of their valley if they would only listen. They weren’t thinking straight.

It’s uncanny the parallels that can be drawn between ancient Israel and 21st Century western civilization.

The West has known great times of spiritual awakening, but they became conceited and forgot who got them where they were. Now, they – we – aren’t thinking straight because of the sin we are in and are merely wallowing in the valley of defeat, trying to recreate what once was.

Just as ancient Israel had a remnant of believers who knew what to do but were so few in numbers it was hard to make a difference, so we have the same in our post modern Christian culture. We have millions who are Christians so we should be influencing culture, but instead are easily influenced by it.

Or perhaps the question is, what are we doing wrong?

Continue ReadingPeaks and Valleys of Israel 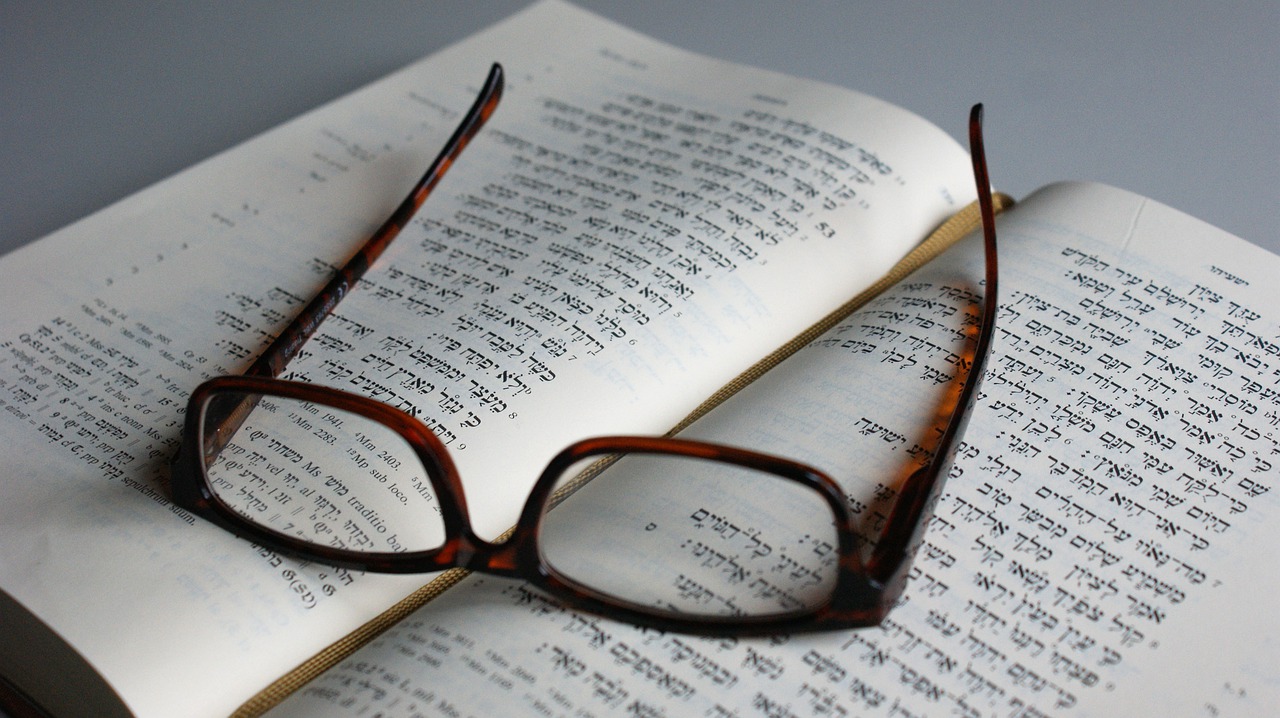 Over the next couple of months I will be talking about the Book of Isaiah.

Isaiah is considered a “major” prophet, meaning much of what he prophesies is recorded and there’s a lot of it. The prophets were inspired by God to speak out against the corruption and sin within the nations, and quite often Israel and Judah. They were honored and revered by the people but disliked by leadership because they often prophesied against them.

Before tackling it with me, though, take some time to read through the first few chapters to get a feel for it. The book is quite long and along the way we’ll see some key prophecies fulfilled.

BibleStudyTools.com has this to say about the prophet Isaiah:

Isaiah son of Amoz is often thought of as the greatest of the writing prophets. His name means “The Lord saves.” He was a contemporary of Amos, Hosea and Micah, beginning his ministry in 740 b.c., the year King Uzziah died (see note on 6:1). According to an unsubstantiated Jewish tradition (The Ascension of Isaiah), he was sawed in half during the reign of Manasseh (cf. Heb 11:37). Isaiah was married and had at least two sons, Shear-Jashub (7:3) and Maher-Shalal-Hash-Baz (8:3). He probably spent most of his life in Jerusalem, enjoying his greatest influence under King Hezekiah (see 37:1-2). Isaiah is also credited with writing a history of the reign of King Uzziah (2 Chronicles 26:22). 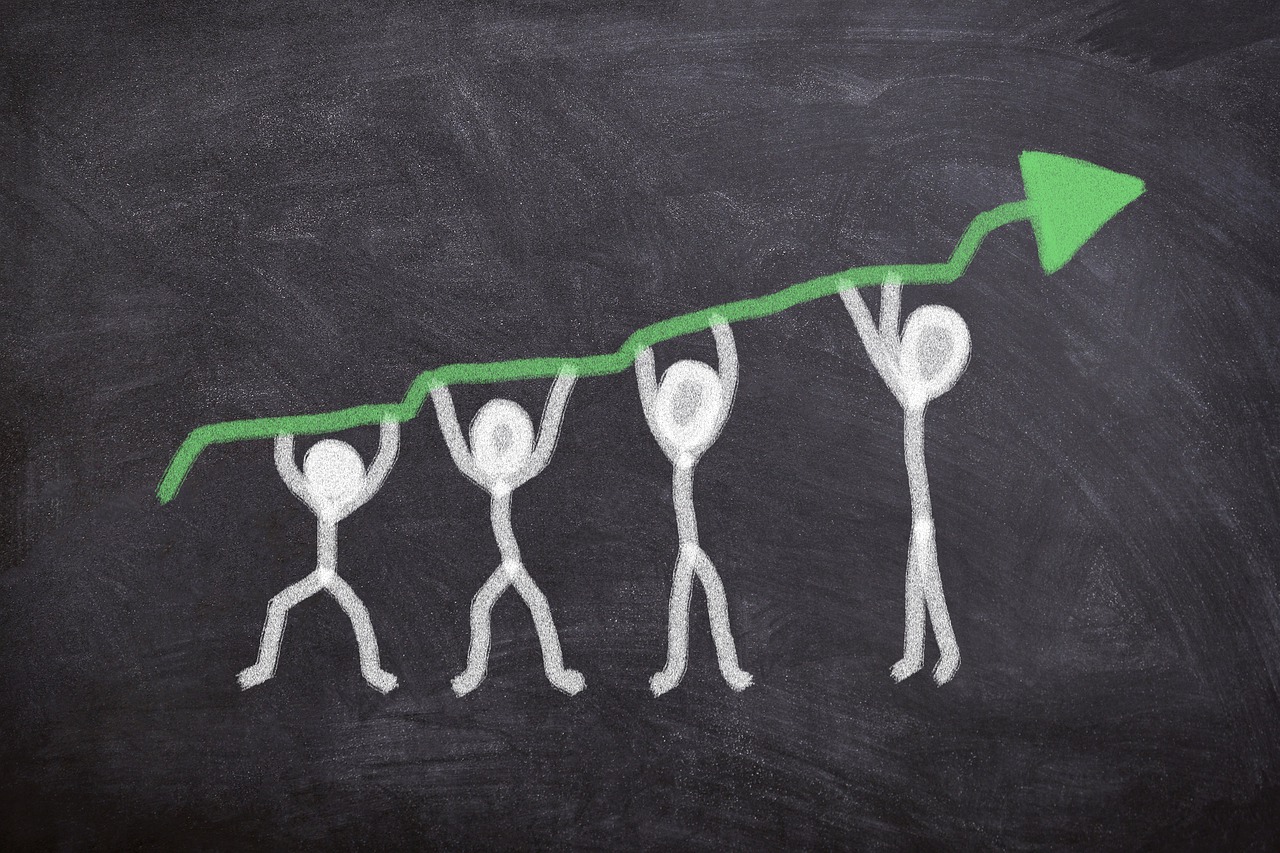 Forget the former things;
do not dwell on the past.
19 See, I am doing a new thing!
Now it springs up; do you not perceive it?
I am making a way in the wilderness
and streams in the wasteland. Isaiah 43:18-19

As I’ve said many times in this space.

God was not taken by surprise by the virus events.

He wasn’t caught off guard or flatfooted.

He’s not in heaven wrenching His hands because He’s in a dilemma about what should happen next.

Not in the least.

God is all about restoration, taking the old, refurbishing and making it look brand new.

Now, if you’ve ever refurbished anything, you know there are still remnants or scars of a previous life, but the scars do not detract from the newness. They enhance it because the scars are reminders of what was.

He’s still in control despite the chaos all around! 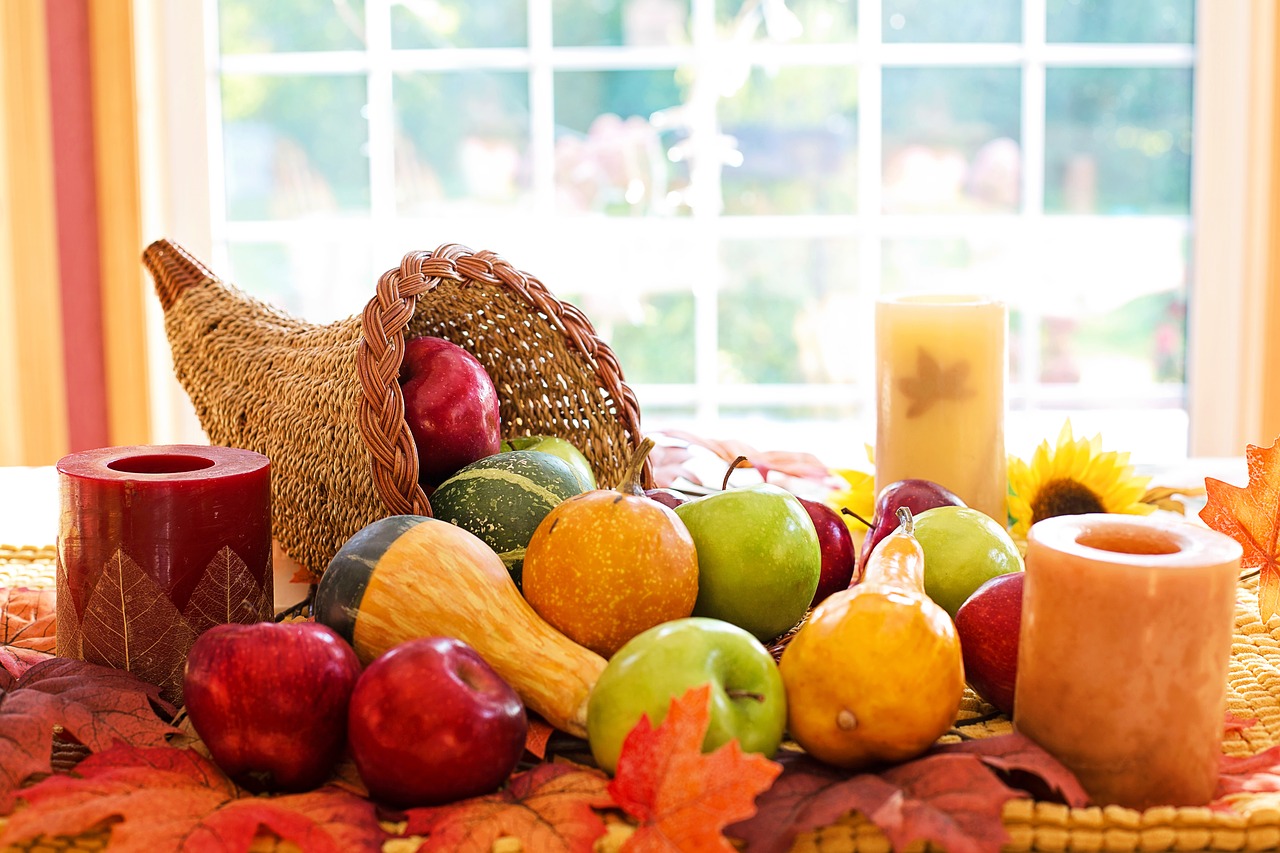 The thief comes only to steal and kill and destroy. I came that they may have life and have it abundantly. John 10:10

As 2021 comes to an end, it’s easy to become concerned about the future.

The news media’s job is to keep you fearful. Tomorrow you’ll tune in to see more fear and trepidation. It’s like a nasty drug. If we let them, they will steal our time and positivity.

God did not intend for us to live in fear. He intended us to live an abundant life in Christ. Having fear about mandates and vaccines and diseases and inflation and lockdowns and masks just is not healthy.

That doesn’t mean we shouldn’t be informed; we should. But we shouldn’t let the media dominate our lives. We still need to live and breathe and cultivate relationships.

We need to live abundantly.

I think we need to take tiny steps daily towards this abundant life.

There are a 1001 things we could do to further our abundant lifestyle.

There’s no need to make it a resolution. Just go out and make it happen.