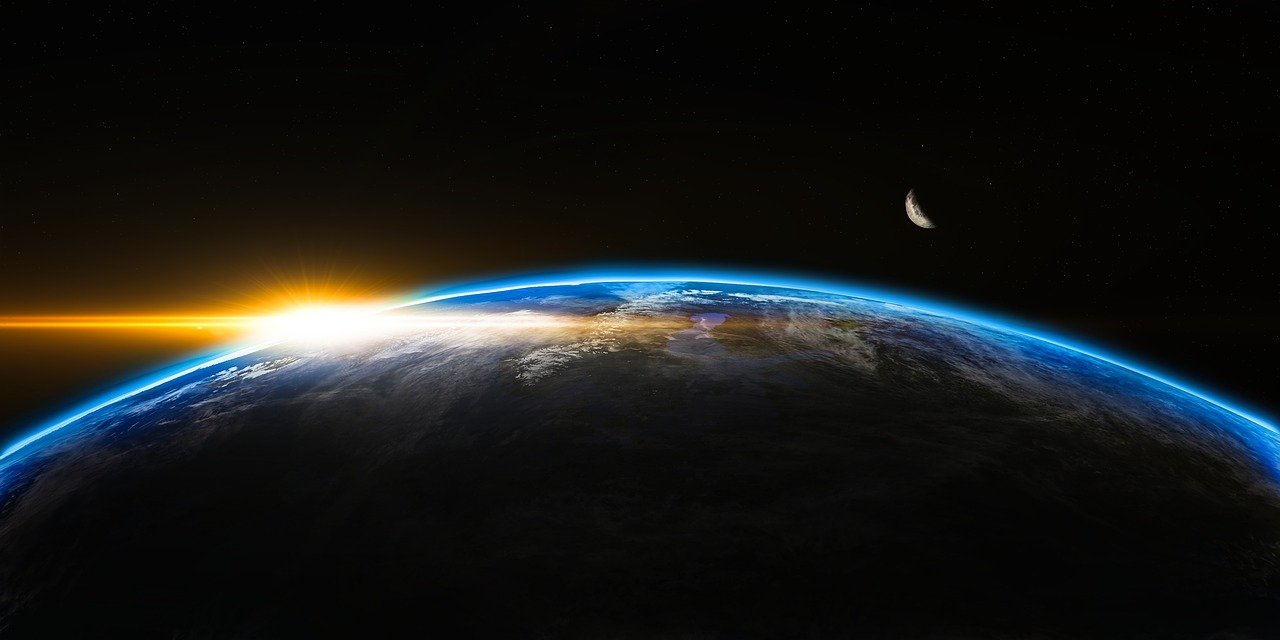 The Lord wraps himself in light as with a garment;
he stretches out the heavens like a tent
3 and lays the beams of his upper chambers on their waters.
He makes the clouds his chariot
and rides on the wings of the wind.
4 He makes winds his messengers,
flames of fire his servants.

5 He set the earth on its foundations;
it can never be moved.
6 You covered it with the watery depths as with a garment;
the waters stood above the mountains.
7 But at your rebuke the waters fled,
at the sound of your thunder they took to flight;
8 they flowed over the mountains,
they went down into the valleys,
to the place you assigned for them.
9 You set a boundary they cannot cross;
never again will they cover the earth.

10 He makes springs pour water into the ravines;
it flows between the mountains.
11 They give water to all the beasts of the field;
the wild donkeys quench their thirst.
12 The birds of the sky nest by the waters;
they sing among the branches.
13 He waters the mountains from his upper chambers;
the land is satisfied by the fruit of his work.
14 He makes grass grow for the cattle,
and plants for people to cultivate—
bringing forth food from the earth:
15 wine that gladdens human hearts,
oil to make their faces shine,
and bread that sustains their hearts.
16 The trees of the Lord are well watered,
the cedars of Lebanon that he planted.
17 There the birds make their nests;
the stork has its home in the junipers.
18 The high mountains belong to the wild goats;
the crags are a refuge for the hyrax.

19 He made the moon to mark the seasons,
and the sun knows when to go down.
20 You bring darkness, it becomes night,
and all the beasts of the forest prowl.
21 The lions roar for their prey
and seek their food from God.
22 The sun rises, and they steal away;
they return and lie down in their dens.
23 Then people go out to their work,
to their labor until evening.

24 How many are your works, Lord!
In wisdom you made them all;
the earth is full of your creatures.
25 There is the sea, vast and spacious,
teeming with creatures beyond number—
living things both large and small.
26 There the ships go to and fro,
and Leviathan, which you formed to frolic there.

27 All creatures look to you
to give them their food at the proper time.
28 When you give it to them,
they gather it up;
when you open your hand,
they are satisfied with good things.
29 When you hide your face,
they are terrified;
when you take away their breath,
they die and return to the dust.
30 When you send your Spirit,
they are created,
and you renew the face of the ground.
Psalm 104:2-30

This passage includes much of God’s visible creation.

Any one of these is enough to give one pause as to creation itself, but all of them? Stunning to think that all of this just happened through millions of years of evolution or that a Big Bang caused it all.

As I’ve said elsewhere, it certainly takes much more faith to believe that than to believe a designer God created it all.

And then what do they have at the end of this life?

That’s what they think.

It’s worse than that and they’ll often joke about it because deep down they believe it exists. Many still cannot get over how could a loving Being send people there.

Their loss, of course, is our gain. They would see it as a chore to worship such a God, but we see it as a privilege.

Take the time today to go through some of these creation elements. They really are the signs of a wonderful creative God. 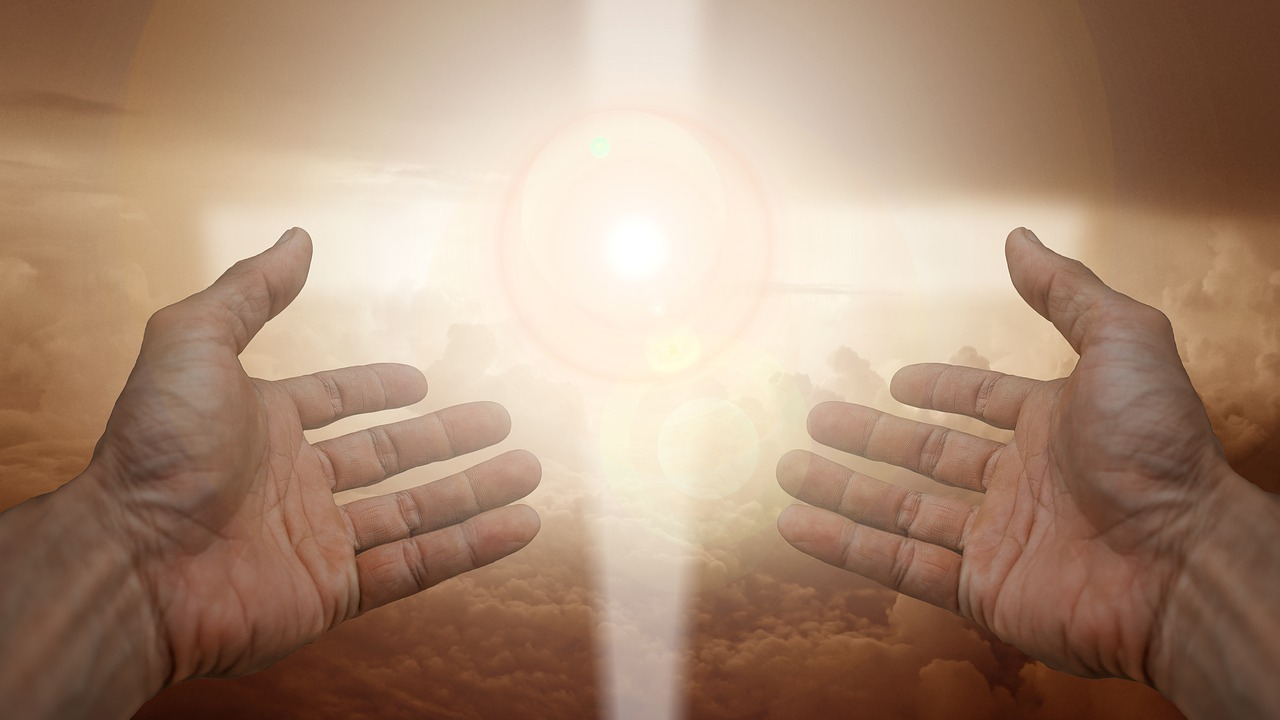 We see this phrase in many of King David’s psalms.
It’s what you would say when you can’t quite put into words your immense gratitude for what God has done.

We probably don’t say it often enough, though it’s not necessarily a public pronouncement.

It’s between us and the Lord.

As David said in Psalm 23: He restores my soul. Again, it’s not for the general public.

God knows how to revive and restore the soul; that’s one of the reasons we praise Him.

And we do need soul restoration regularly.

Continue ReadingRevival for the Soul 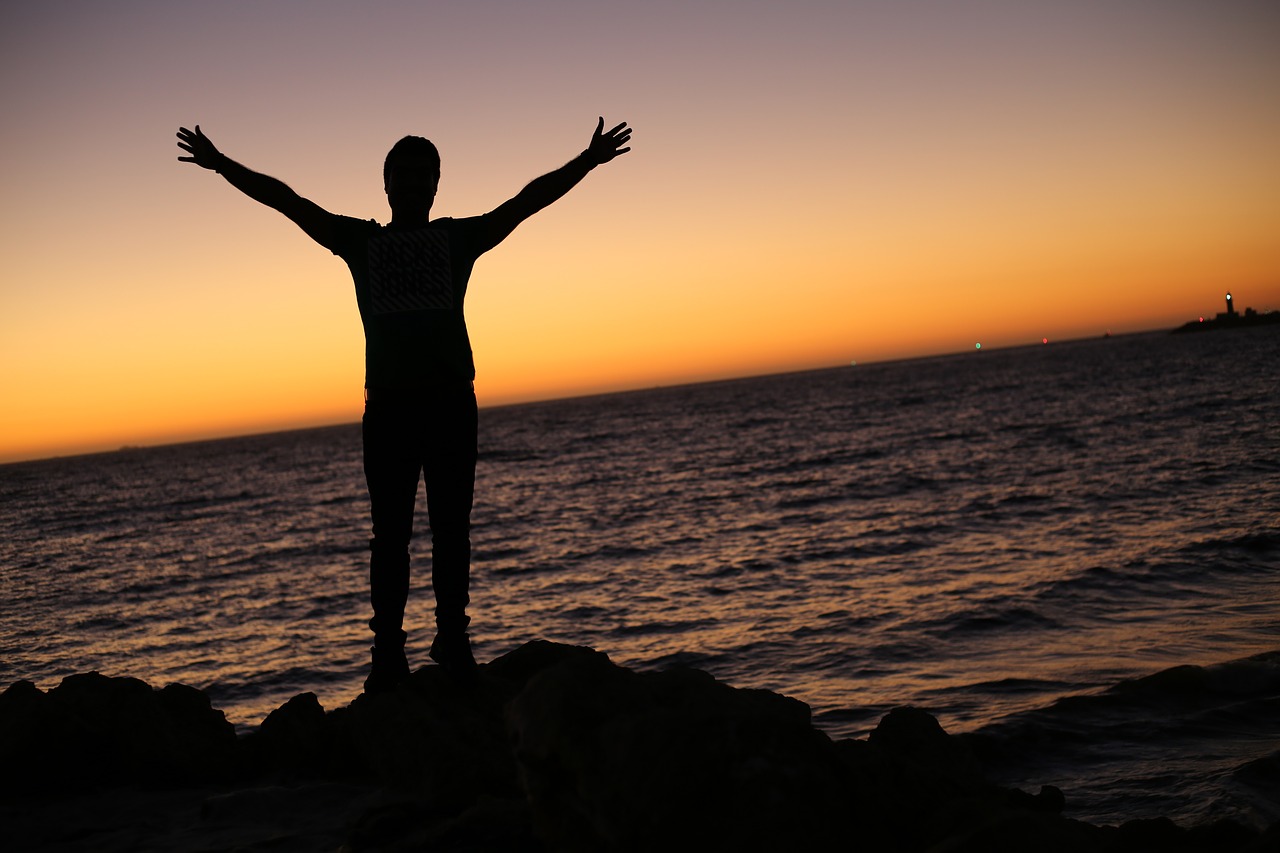 20 Now to him who is able to do immeasurably more than all we ask or imagine, according to his power that is at work within us, 21 to him be glory in the church and in Christ Jesus throughout all generations, for ever and ever! Amen. Ephesians 3:20-21

As the church marches on in this age, we often forget the power we have as believers. Remember, He is working in us!

We can and should ask big big things of God regarding the kingdom of God.

These are bold prayers that God will certainly hear and answer.

They could easily change your life. 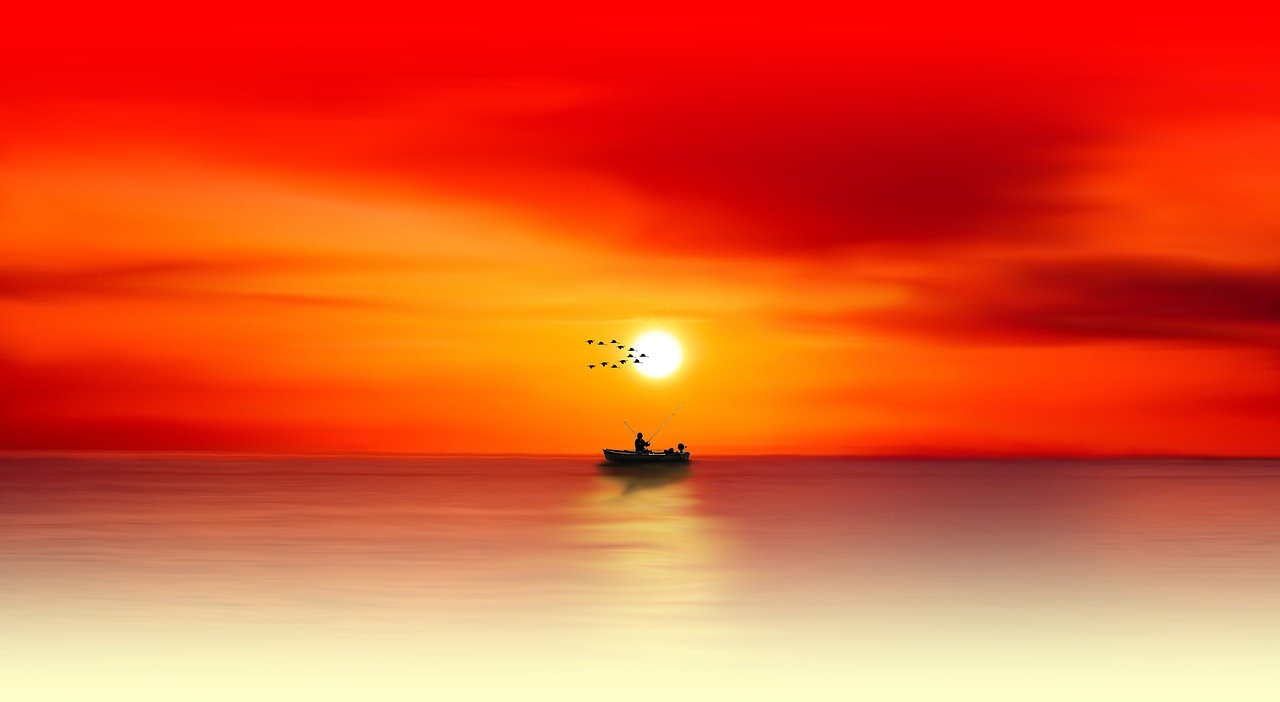 Let’s face it, we live in crazy times with crazy people and crazy leaders. There’s a lot of confusion and chaos around the world and in our towns.

It’s very easy to become uptight and unsettled within our spirits.

So, what are you doing to calm and quiet yourself, as David stated?

We can’t do this on our own; we desperately need help from God.

And that source of peace and contentment must be sought every single day; otherwise, it’ll resurface in a different form, on probably not to your liking.

But being still and quieting our spirits is so difficult. If it were easy, we’d be doing it day in and day out.

Let your soul and spirit be still before the Lord each day. Even as you are tempted to check your texts or emails yet again, let it go and drink in God’s peace and mercy. 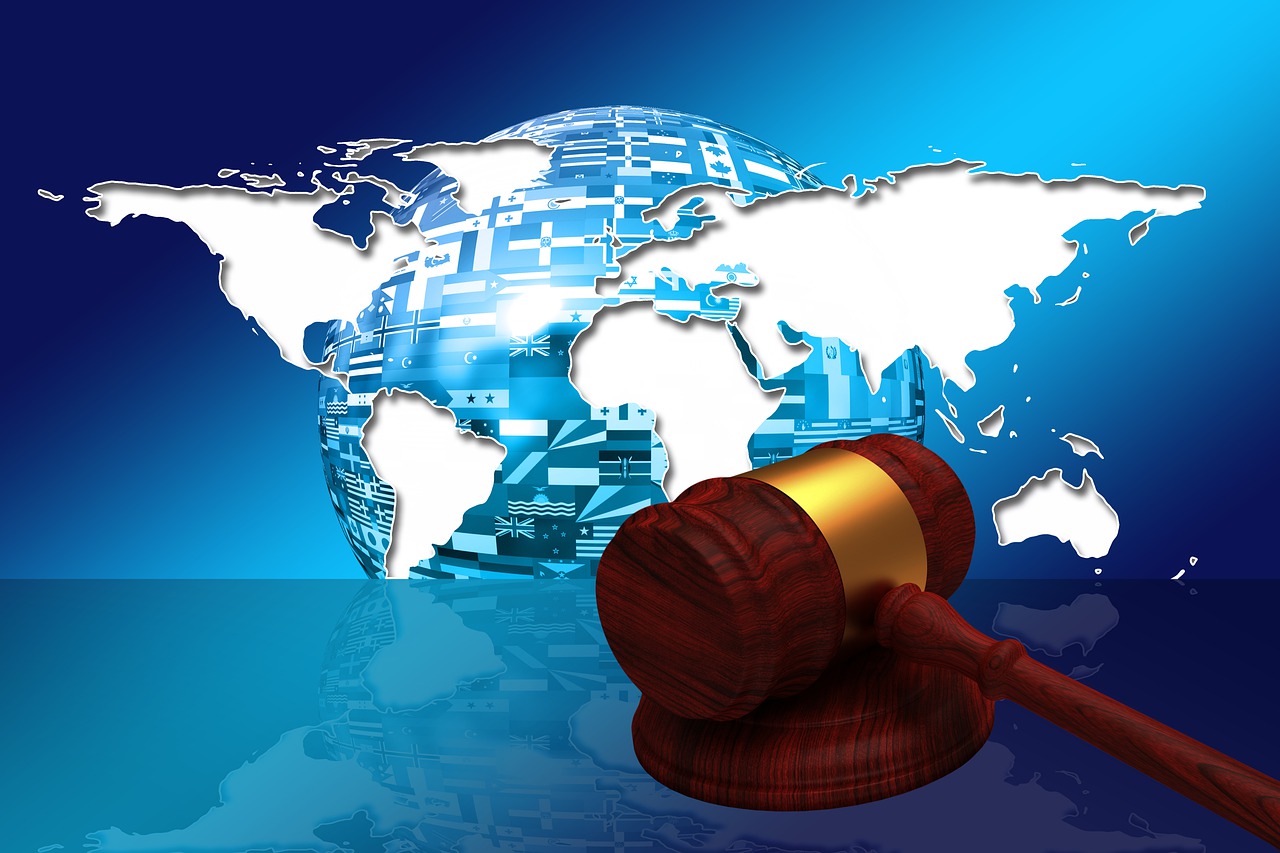 It’s easy to become disheartened at the rise of wickedness in our culture.

Where is the justice?

When people get away with horrendous crimes and evil, it’s very easy to throw up your hands in despair.

But just as we see sin in the Old Testament was eventually judged, so it will be for us. Accordingly, that judgement was brutal.

Recall that there were very few acts of instant justice back then. It happened – as it happens now – but it wasn’t the norm.

No, God’s judgement timetable is quite different than ours.

He is infinitely patient, and then the judgement comes swiftly.

No one’s getting away with anything, including the most heinous crimes.

Those who have the good life of being able to escape prosecution because of corrupt justice systems (and politicians) in this life are in for a surprise.