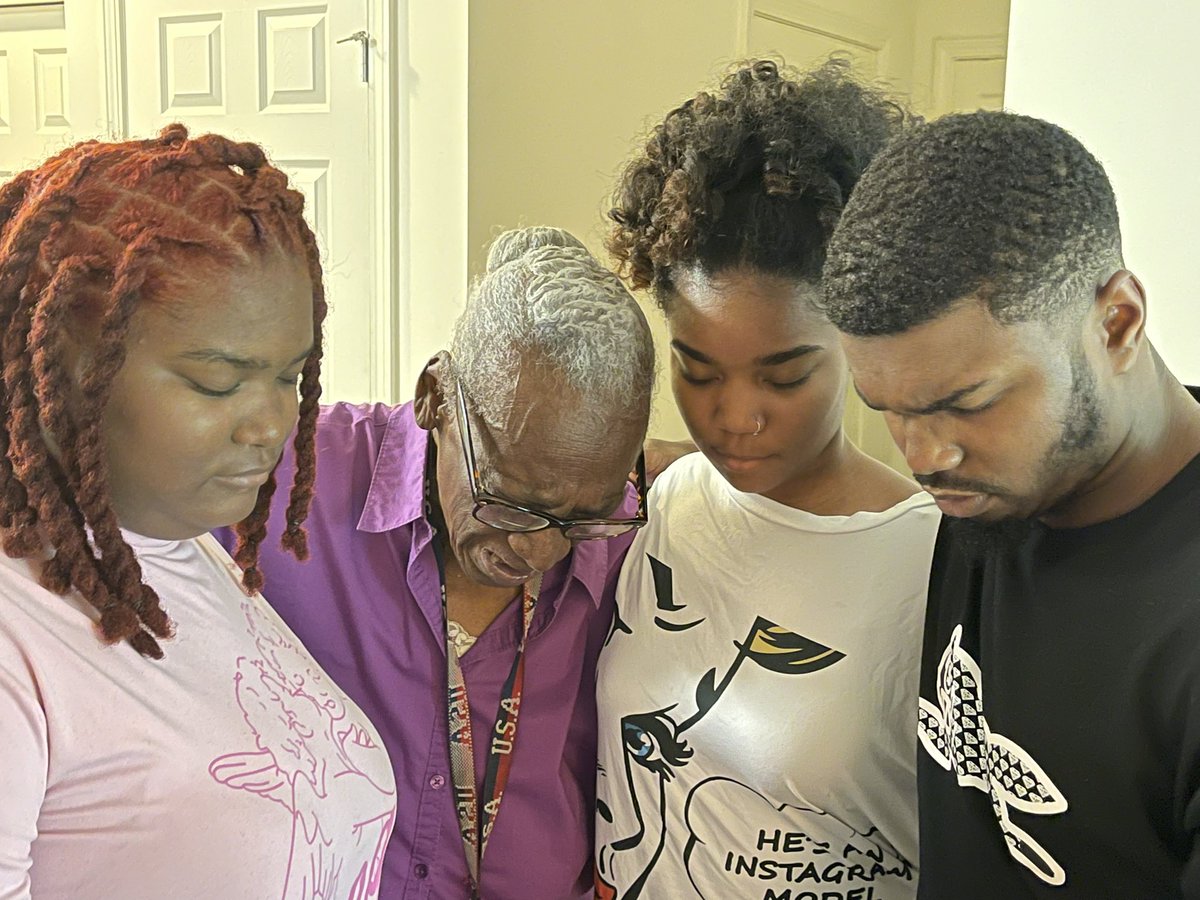 You did not choose me, but I chose you and appointed you that you should go and bear fruit and that your fruit should abide, so that whatever you ask the Father in my name, he may give it to you. John 15:16

The benefits of being a child of God is access to the Father.

It’s not a privilege that everyone enjoys and it is a privilege we take for granted too often.

Commentator Wayne Dupree tweeted out a photo of his mother praying over her grandkids – Wayne’s children.

There’s just something powerful about the photo that just makes you think that this 95-year-old has God the Father’s attention.

As we grow older, I think we all aspire to having that kind of “power.””

We can have it but it costs us time and devotion. Most people – myself included – are not always willing to put in the “work” and discipline to have that kind of authority.

We know its power intellectually but consistent throne-grabbing prayer is difficult.